Are you preparing for Brexit? Part Two.

Even companies that don’t have any direct trade with EU. will be affected by Brexit – for example, a hotel in London, suddenly will not be able to hire Polish, and Bulgarians workers any more, which will add to expenses of running their businesses and directly affect the price paid to stay at the hotel.

Manufacturing industry will be hard hit by post Brexit regulations. These days it is commonplace for goods supply chains to be complex and to be sourced from suppliers in many different countries. Bigger manufacturing companies might be able to switch their suppliers or pay additional cost for trading with the EU countries. It’s the small and medium size manufacturing companies that’ll have hard time finding new suppliers. New tariffs will increase the price of raw material, and also the cost of production machinery. Which could also result in job losses due to large businesses relocating manufacturing to European countries, or outsourcing to cheaper countries like China, or India or Malaysia ( like Dyson).

The same is true for other industries – especially those that are heavily regulated, such as food, financial services and healthcare. It remains to be seen how British companies, which depend on suppliers in other EU countries, will react.

Following the Brexit referendum, many east European immigrants are leaving the UK and already many companies complain are experiencing an acute lack of staff. In the hotel and restaurant sector alone, there are 60,000 vacancies. So far, the plans to put unemployed Britons into those jobs have been fruitless. Most of the jobs in hospitality are not skilled jobs, and many British people are actually uninterested in doing them, leaving businesses understaffed hampering the quality of the services.

This is particularly true for Poultry industry. As seen in BBC show Panorama, Patrick Hook, director of PD Hook Hatcheries, one of the leading poultry companies in the United Kingdom, has warned that the shortage of labour resulting from the withdrawal of the United Kingdom from the European Union could be very detrimental to the poultry industry.

In the sectors requiring skilled workers this problem is much more noticeable. Many companies lack IT workers, engineers and mechanics. How these jobs will be filled when UK leaves the EU remains unclear, adding to the anxieties of British small business owners.

At present the biggest problem with Brexit is uncertainty. Entrepreneurs and investors cannot stand insecurity. Even after the Brexit deal is finalized, modifying and starting new production chains, supply chains, staffing, documentation is a complex process that will take years on the part of companies to fully replace with a new system. Which will add new logistics, marketing, staffing, documentation expenses to budgets.

Many British companies, especially the larger ones, don’t want to wait until their politicians get going, to see how the Brexit negotiations have turned into an unmanageable fiasco, they’ve lost confidence in the politicians and negotiators. Therefore, they are already preparing for Brexit by setting up subsidiaries, or branch offices in EU countries for smoother transaction with their business partners and customers. However, small businesses don’t have this option. They must take certain steps to minimize the impact of Brexit on the operation of their business. 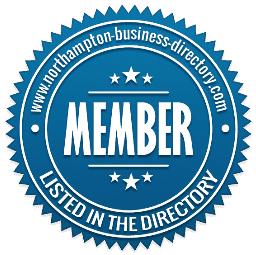